Villa Kampffmeyer: A Piece of German History in the Form of A Grand Estate

It was 1923 and the construction of the Villa Kampffmeyer was underway, when successful German entrepreneur and well-known mill owner, Kurt Kampffmeyer sought a location of unmatched prestige within the suburbs of Berlin and found the waterfront of Potsdam’s Glienicker Horn, as it is known, to be exactly that. The architects were Carl Mohr and Paul Weidner of Berlin with construction executed by the Berlin construction business Adolf Friedrich & Bolle.

In recent years, the ornately detailed reception hall overlooking Lake Glienicker has hosted such dignitaries and royalty as Prince Charles and former German Chancellor Gerhard Schröder. In fact, the Baroque-inspired residence has staked out its own place in history, on numerous occasions. In addition to being temporarily used during the Potsdam Conference in 1945, its close proximity to the Glienicke Bridge would later prove significant during the Cold War. Known as the Bridge of Spies, it was a frequent site of prisoner exchanges between the U.S. and Soviets (as well as the namesake of Steven Spielberg’s 2015 film). In fact, at one point the Berlin Wall ran directly through the property.

As you walk through Villa Kampffmeyer and across its scenic grounds, it is evident that history abounds. Set within the UNESCO World Heritage Site known as the Palaces and Parks of Potsdam and Berlin, which includes the meticulously manicured Sanssouci Park and Babelsberg Palace, the summer residence of German Emperor William I, one will find it is a place where historical prominence and natural serenity coexist. The private grounds, totaling just under an acre, are as pristine as the parks that surround it, with red oaks that date back over a century, newly planted hornbeams and cherry trees, and a magnificent garden that appears today much as it did when the home was originally constructed. Drawing Neoclassical influences, the residence was carefully restored to its original splendor in 1996 and discreetly updated to modern standards in all the right places over the past four years throughout roughly 11,840 square feet (1,100 square meters). In a gated community less than a half hour’s drive from downtown Berlin, Villa Kampffmeyer is an inimitable piece of history that has been painstakingly restored to the highest of modern living standards.

Read the full article in the latest Luxury Portfolio Magazine, beginning on page 26 and view this Luxury Home. 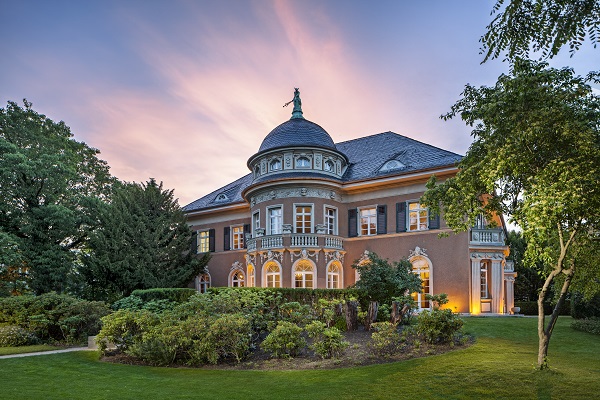 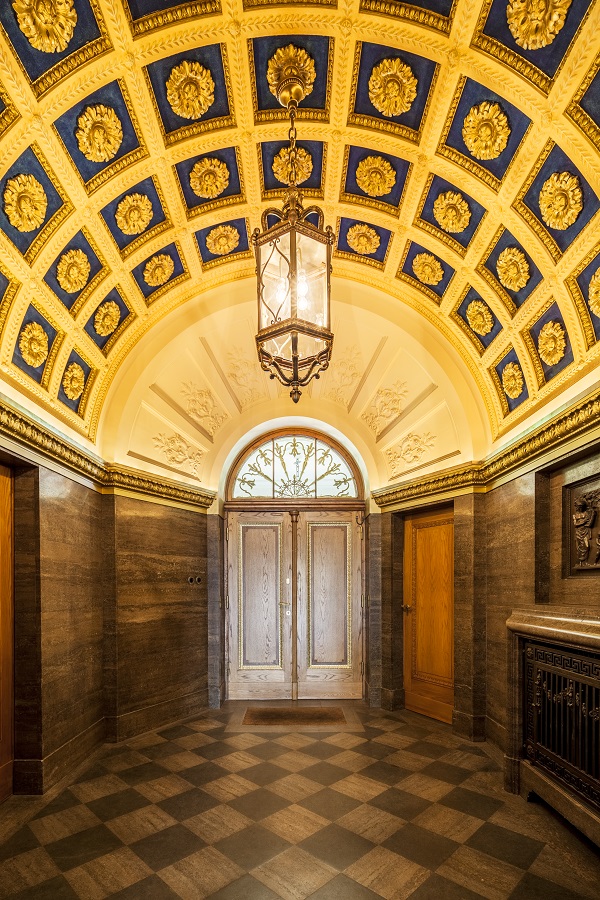 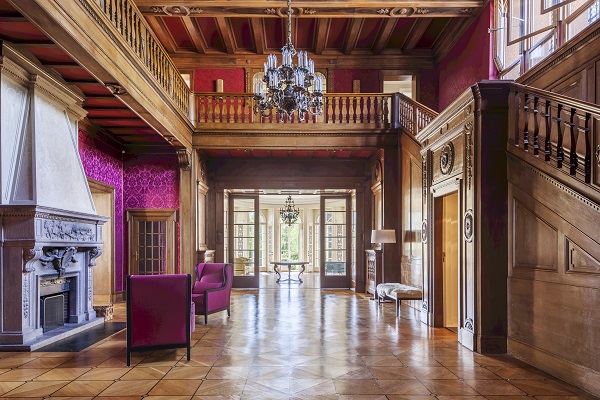