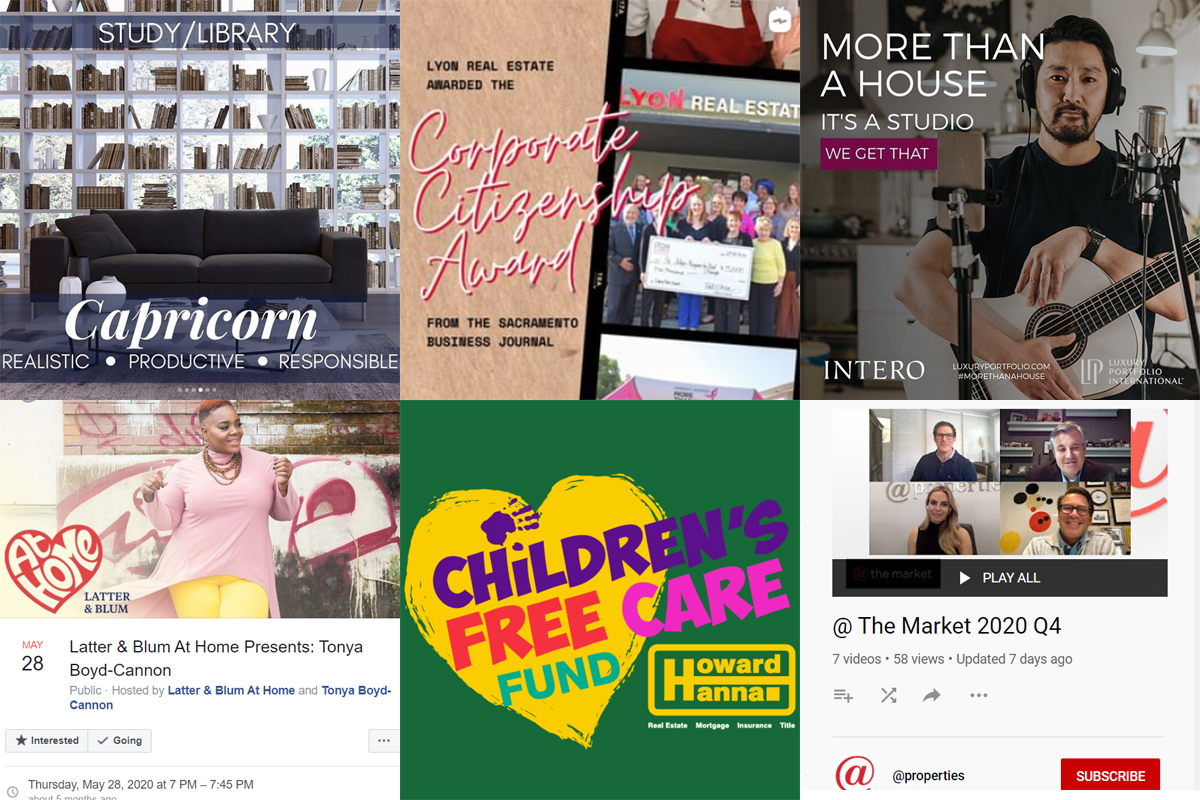 We originally launched our “Market Spotlight” blog series to share the great charitable works and innovative marketing ideas of our members during uncertain times brought on by the pandemic. Moving forward, we expect to continue to periodically highlight member highs so that they may serve as inspiration and inject a dose of positivity into your day.  Here’s the latest from our members.

Each sign of the zodiac has a personality that has unique needs, values, and preferences – especially when it comes to their home. 🏡That’s why we’ve created a list of rooms in the house that suit each sun sign’s needs to a T. (Part 2) ➡️ Click the link in our bio to check out the full blog . . . . . . . . . . . . . . . . . . #wearewatson #watsonrealtycorp #watsonblog #ontheblog #realestate #realestateblog #zodiac #zodiacsigns #zodiachome #libra #scorpio #sagittarius #capricorn #aquarius #pisces

Obsessed with astrology as much as we are? Watson Realty Corp. was as timely as it was creative – taking advantage of the internet’s thirst for astrology-related content with its blog and social posts identifying each zodiac sign’s favorite room in the house, including a home gym for energetic Aries, dining room for social Libra and mini bar for adventurous Sagittarius. Find your sun sign (or moon and rising, if you’re really into astrology) on Watson’s blog.

@properties’ well-received YouTube series “@ The Market” recently released an episode for Q4, describing the popularity they were seeing in Chicagoland markets, including urban areas, like West Town, which is a little further out of downtown and more spacious, but also still reasonably accessible via public transport; Naperville, IL, popular for its community amenities and greater space; and northwest Indiana, which provides a small-town feel, but still in close proximity to Chicago. Be sure to watch the latest episode for the most up-to-date insights on the Chicagoland market.

Lyon Real Estate Awarded the Corporate Citizenship Award Lyon Real Estate is honored to be awarded the Corporate Citizenship Award by @sacbiz, recognizing outstanding philanthropy and responsibility to society, seeking to create a higher quality of life for our surrounding communities through the Lyon Cares Foundation. We are overjoyed to be recognized as a Champion for Basic Needs in our Greater #Sacramento region and want to thank our agents and employees who give of their time, talent and treasure to make their communities a better place. #lyoncares #sacramentoCA #sacramentorealestate #community #selectsac #supportsac #supportlocal #givelocal #bestagentsever #realestatenews #california #philanthropy #homelessness #family

We previously highlighted Lyon Real Estate’s good works earlier this year through its Lyon Cares Foundation. Between 2015-2019, the organization, which offers grants primarily funded by their agents, has raised $612,000 to donate to local charities, of which provided support for the homeless, veterans, foster youth and more. As a result, the Sacramento Business Journal honored the company with the Corporate Citizenship Award and recognized it as a Champion for Basic Needs, as it supports nonprofits that pertain to hunger, housing and homelessness – important causes for members of the real estate community to participate in. Read the full story in the Sacramento Business Journal.

Welcome Danielle Ewing to Kentwood Real Estate Northern Properties! Danielle is a Colorado native born and raised in Loveland, CO. She and her husband have built a residential construction company that has thrived in Northern Colorado for 14 years. Having built a successful company Danielle decided to follow her passion for Real Estate by becoming an agent in 2014. Danielle believes the best part about real estate is building relationships. She enjoys being a reliable source of information for her clients. Danielle also loves to have fun and enjoys all the wonderful things that Northern Colorado has to offer. From craft beer on a patio, to golf with friends, or a hike with family.

Adding a human touch to its brand, Kentwood Real Estate has used its platform to introduce its new agents and even put out a press release highlighting its extensive list of new agents in 2020 to match the rising demand in Colorado. In fact, Kentwood also recently announced an impressive total of $42 million in sales volume during September 2020. Check out some of the exceptional sales Kentwood made during the month of September.

Latter & Blum, Inc. Realtors did a great job uplifting spirits throughout 2020, hosting live music periodically on its popular Latter & Blum At Home Facebook page. Its launching event with Tonya Boyd-Cannon of “The Voice” fame garnered over 19k views, with plenty of subsequent events hosted by various musicians and bands also reaching thousands of views. View recordings of Latter & Blum At Home’s performances on their Facebook page.

Earlier this summer, Howard Hanna Real Estate Services announced Kristen Normile the new Executive Director of their charitable organization Children’s Free Care Fund. The long-established, signature fundraising initiative of Howard Hanna’s dates back to 1988 and has raised over $16 million. Notably, the organization has remarkably earned over $1 million during each of the last five years. We’re excited to see where Normile takes the organization, who was unanimously selected by the Board of Directors for her fundraising experience, organizations skills and comprehensive plan. Learn more about the announcement from Howard Hanna.

A few months back, we proudly launched our “More Than A House” campaign, available for use by LPI members, highlighting how the home is so much more than… a home – it’s a play place, office, sanctuary, studio and so much more. Intero Real Estate – East Bay did a fantastic job on their Instagram, utilizing the campaign, and challenging themselves to consider other things the home embodies and highlighting those as well. They went above and beyond in sending this message to their audience. View their Instagram to see more.

For more Market Spotlight, check out our first and second editions.